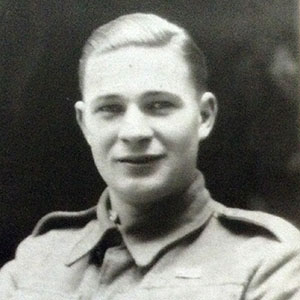 This is the story of a pair of Rhythm Bones, circa 1900, played in the trenches by a West Yorkshire soldier in WWI and by his son through WWII

My grandfather was Charlie Thorp from Wakefield, West Yorkshire who served in the British Army during the 1st World War. He was in the 1st battalion, K.O.Y.L.I (the Kings Own Yorkshire Light Infantry) 1914-1918. Charlie saw action in Singapore, then the Western front in France, then Salonika Greece.

The bones would have traveled with him, so if they could speak they could tell you a real story of the horrors of war. His and his comrades contribution to the war effort should never be forgotten. When he finally came home from the war he still entertained people by playing the bones in the local hostelries and at family gatherings. Unfortunately Charlie didn’t live to a great age, as he passed away at the age of 39. That’s when the bones were passed down to my father, Jack Noble Thorp.

Jack served in the British Army R.A.S.C (Royal Army Service Corps) 1939-1943. His rank was Private, Army number T-1070960. 1805 Bailey platoon. Dad was away from home for 5 years from age 18 to 23 . He served in Italy at the battle of Monte Casino, then North Africa, Holland and Belgium and finally saw the horrors at the liberation of Belsen.

I believe he too had the bones with him during his Army service, even though he was no expert at playing the bones.

It’s really hard to believe that a little set of bones could tell such a story.