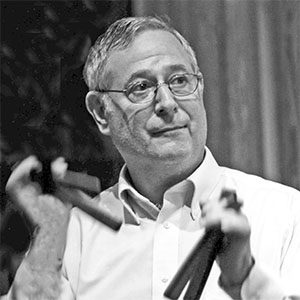 This story need replacing with a profile.

Years ago I shared a house in Cabin John, MD with a guitar maker, Andy Adams, deceased last year. It was not uncommon to wake up on a Sunday morning to the whole Seldom Scene band or Doc Watson jamming in the living room or kitchen. From time to time I would go with Andy to visit his mentor, Sophocles, at the Guitar Shop when it was located on M Street in DC. Andy & Sophocles would talk technique (making or playing or both) and I would stare at the wood.

Years after I moved out and Andy moved to Shepherdstown, WV, Sophocles gave his shop to Steve Spellman. Steve later relocated the shop to its current location just off Connecticut Av around the corner from M Street.

About two years ago when Steve was tidying up his shop he found these (see photograph) stuck behind something and buried in the clutter. He knew of my avocation and gave them to my friend Carl to give to me. You can see from the photo they were opened ad re-stapled. This is a pair of member Joe Birl’s plastic bones with the PAT. NO. 2436283 on the bones. The instructions are still inside the package. How these bones came to be in one of the premier guitar shops in the country is certainly a mystery. Steve doesn’t know. They came with the shop, buried and forgotten.

Simon and Garfunkel bought guitars here. Jim Hendrix left signature clothing (proudly displayed in the vault) for repairs. Charley Byrd used to “hang out”. The list of renowned classical and contemporary guitar players that came thru this shop is staggering. And plastic bones. This ones for YOU, Joe Birl! Hank