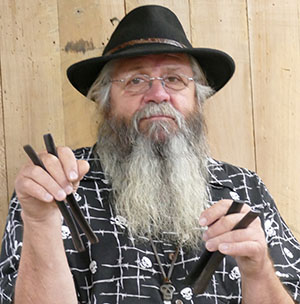 I am in Clarksdale, Mississippi until May 1st when I will return to Michigan (most of the snow should be gone by then). Harp, Hart & Bones, my old time Mississippi Delta Blues band, will be down here for the Juke Joint Festival in April. I’m playing some blues with musical friends here and enjoying the Delta, always something going on.

I was up back up North last month and we just released a CD of old Finnish lumberjack music from early 20th century Upper Michigan. Lumber Jakki (Luummber Yakki) is the name of the band, featuring 90 year old harmonica player/singer Les Ross, Sr.. Les learned to play harmonica as a child from family members and actual lumberjacks at the Blue Moon Tavern in Eben Junction, Michigan.

The jacks would make up their own lyrics to the songs of the day and sing them in the long evenings hours in the bunkhouse, in pre-radio days; that was their entertainment. The words are raunchy as Hell and sung in Finnish and uncensored on the CD. We released the CD in conjunction with a project called Michigan-I-O which included some select samples of the great Alan Lomax’s work in Michigan in 1938. I’ll send a copy for review, it includes a lot of bones playing and great “accordion style harmonica playing” of which Les is one of the few surviving practitioners. We can do a report later on the Delta juke joint tour with Harp, Hart & Bones. Looking forward to Bones Fest in Michigan this summer, it’s already on my calendar. Randy Seppala aka Da Bones Man dabonesman@gmail.com – (906) 235-5928 – cell

Slappin’ On My Black Cat Bone