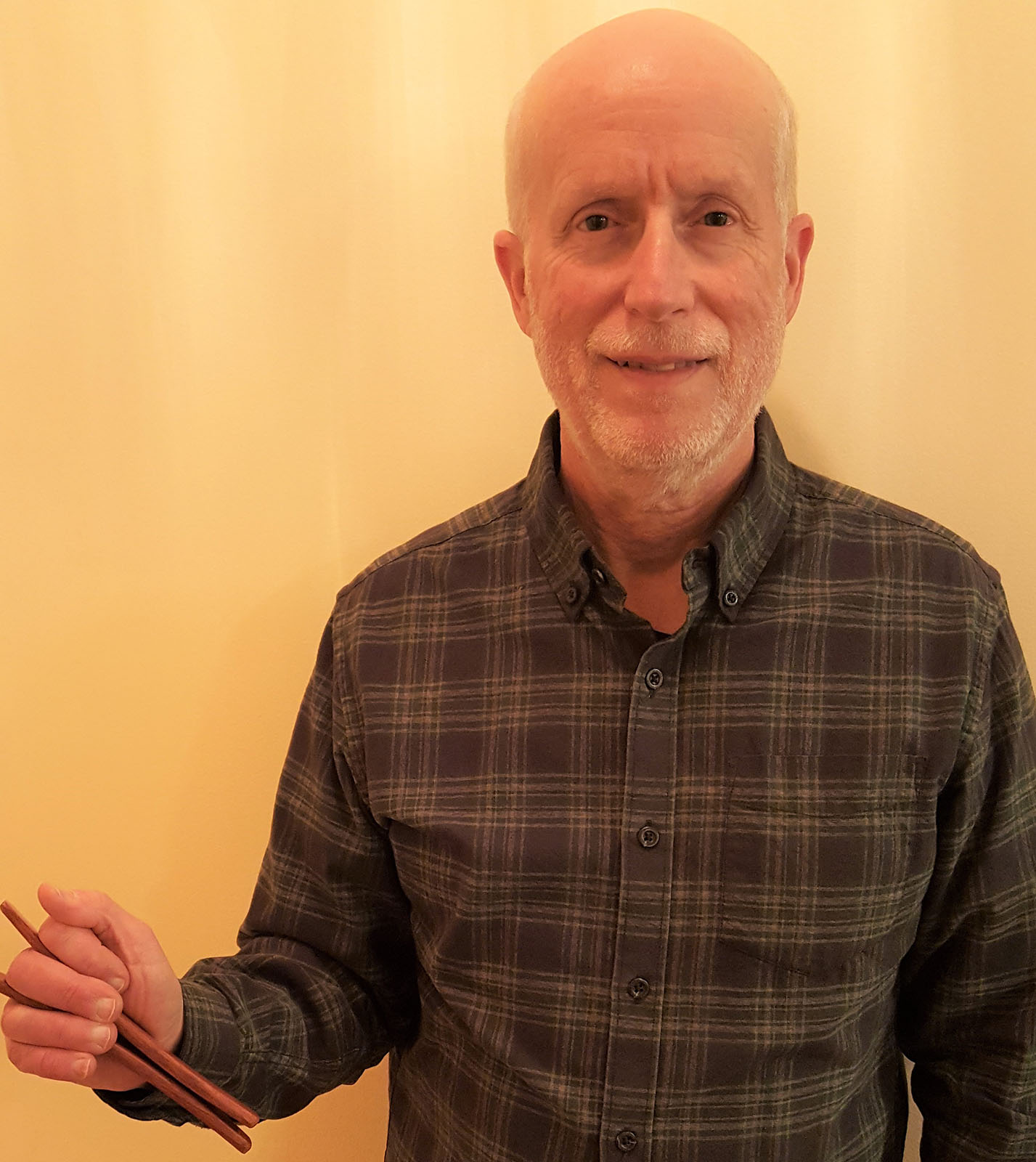 I became interested in Irish music and began playing the bodhran several years ago.  In 2018 I played the rhythm bones for the first time at a workshop at the Craiceann bodhran school. I decided to pursue my interest in the bones, and was fortunate enough to be able to work with Steve Brown and Kyle Forsthoff.

I have played the bones in performances as well as at numerous Irish music sessions in Rhode Island and Massachusetts, and conducted a bones workshop at the Blackstone River Theater in Cumberland, Rhode Island. In May, 2021 I participated in the virtual All Ireland Bones Competition.