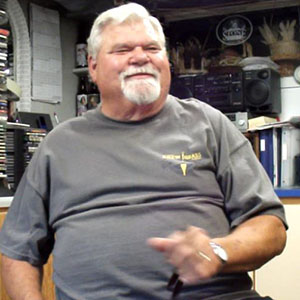 I am sorry that the East coast has a monopoly on Bones Festivals.

It is unrealistic that I will ever check this off my bucket list, but it sure would be fun to wander the streets of New Orleans for a few days and play along with the multitude of street bands there.

My Dad played the rattle bones quite well and when I was a kid showed me how they were held and played, but I never did play along with him. He passed away in 1988. I retired in 2011 and in 2014 I ran across a box that was his, in it were a couple sets of his old rhythm bones.

I decided that I should learn to play them and started practicing. At first I could only play along with 1 or 2 songs before my wrist and arms became tired. I burned a CD of appropriate music and started playing one pair while driving to and from work. I felt that I was doing pretty well when I had a severe right shoulder injury and subsequent surgery 4 months later that took away the ability to play right handed.

The enjoyment of rattling out a beat to the music was strong enough to keep me playing left handed and trying to regain the ability to play with the right as well. Now, 2 1/2 years after the surgery I can manage a few songs right handed before getting tired, but can play left handed for hours and enjoy an almost daily session.