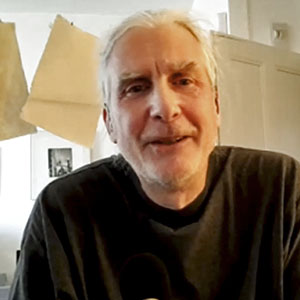 I’ve been playing the washboard for about 15 years and at one point ordered something for my washboard from Scott Miller’s Bone Dry Music store. In my order Scott included two “Say ah sticks with penny’s glued on them”. These stayed on my desk for at least a year and every once in a while I would pick them up and try to get a tap. I never really managed but nevertheless eventually ordered a pair of “real rhythm bones” and also made some from wood; I’m not sure which came first. Either way I was hooked and ordered, and made some more; and began to play them in a few tunes with the band I was playing in back then (nowadays I play them with three different bands here in the French speaking part of Switzerland). Rhythm bones have a way of bringing out audience enthusiasm that’s very special and almost always someone will come to ask about them; and they’re such fun to play! I play two handed and have a variety of bones to chose from depending on the situation.