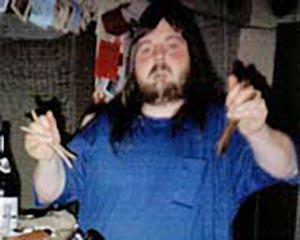 I have been playing the bones since 1987 when I was reunited with them througha book I bought. Originally taught by an old paper route customer in 1976, George Hares of Plainville, MA, who was 96 and played every day to polkas and minstrel music. After a few years practice I quickly converted my style to a hard fast-paced rock, punk, Celtic jigs and reels. I met up with master hammer dulcimer builder/player Glen Morgan of California (http://fishbitemusic.com/). He enjoyed the fact I could keep up with his fast tempo, execution style playing at the Ren Fair in Sonoma County, CA. I also accompanied several bands that played Celtic rock and even jazz music was not out of reach! I’ve presently slowed down the pace to Herb Alpert and the T Brass Band and salsa music.