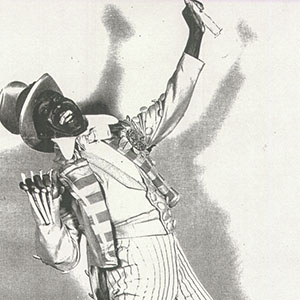 October 4, 2002 marked the 100th anniversary of the birth of Freeman Davis known to the world as Brother Bones, and the Rhythm Bones Society celebrated it with a special 100th Anniversary birthday cake.  Freeman was a recording artist during the late ‘40s and ‘50s and is most well known for his bones playing and whistling on Sweet Georgia Brown, a recording that became the theme song for the Harlem Globetrotters.

Freeman was born on October 4, 1902 in Montgomery, Alabama, but came to Long Beach, California in 1918. He died June 14, 1974 at the age of 71.  His funeral was attended by movie stars, many of those African-American, and women who sang the old songs, ones they had learned in church.

He recorded for Tempo Records and on the back of one of his Tempo releases it states that he was a carpenter. But a former neighbor, Ernie McBride, remembers him early on shining shoes. Both Freeman and Ernie had shoeshine stands in the vestibules of local barber shops. Freeman’s stand was at Tenth Street and Atlantic Avenue.

As Freeman told the Press Telegram newspaper in an October 1972 story, “I had the stand about four years. All the Poly and Wilson High kids would come there. Some customers came in as late as midnight to get their shoes shined on their way to Sebastian’s Cotton Club in Culver City to hear Louis Armstrong.

In addition to performing with the Harlem Globetrotters at basketball game halftime, which made national television, he played with orchestras as well as on the Ed Sullivan Show.  Member Joe Birl met him once by accident at a music store in Philadelphia, and try to sell him Joe’s plastic rhythm bones.  He made three movies – see ‘Yes Sir’ below.  He taught Bing Crosby how to play for the movie ‘Riding High.’ 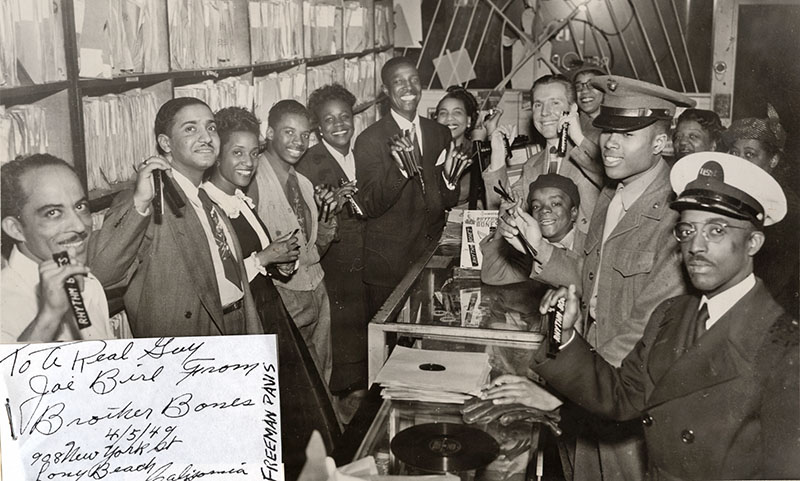 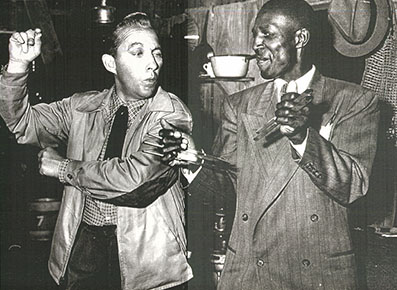 Bones on the Beat