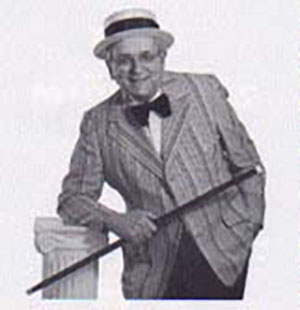 Since the early 1950’s Norm Conrad has had an intense interest in minstrel shows. He learned routines while in high school, first with tambourine and then with the bones. Norm has a one man show known as Norm Conrad’s Mini Minstrel. His show brings back those minstrel days by playing the bones and tambourine in addition to pantomiming stars from the past as Mr. Bones and Mr. Tambo.