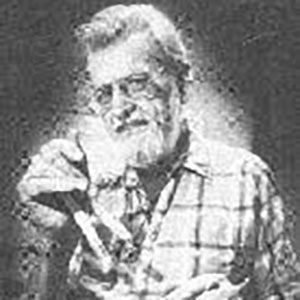 Mention rhythm bones to anyone from Boston and one name always comes up, “Mr. Bones” aka John Alden Burrill. He will be forever remembered by the people of Boston as a Street musician and performer who was welcomed on any stage in Boston and many across the country.

John played with many local and nationally known performers from The Band to Doc Watson. Known for his charm, wit and gentlemanly persona, he was also well liked beyond his musical ability.

He was born in the Boston area (and a descendant of passengers on the Mayflower). He first encountered rhythm bones in a minstrel show he saw as a child, but it wasn’t until high school that he attempted to play himself. He always loved to dance and was considered the “best jitterbugger in my high school class” and felt rhythm strongly. He remembers seeing rhythm bones played during an impromptu jam session while in high school and felt it was a way he could play music and be included.

A friend gave him some bones as a present and he learned to play, that was 1939. After high school he put the bones away and joined the service. While in the service he contracted a severe form of spinal arthritis which would cause him to be stooped over the rest of his life.

After the service he moved back to Boston, and played rhythm bones on rare occasions. He married, had two daughters, and settled down to provide for his family. It wasn’t until 1975 when rhythm bones began to enter his life again. While traveling to work through Harvard Square in Cambridge one July evening, he spotted two street musicians playing Dixieland music in the square. He was so impressed, when he got home he dug out his rhythm bones and the next day joined in.