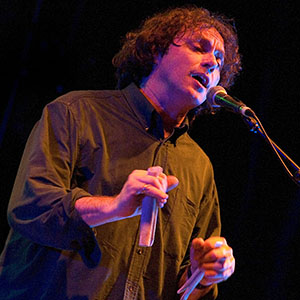 Versatile artist with overflowing energy and joie de vivre, Benoit Bourque has conquered the public since 1979. Musician, singer and dancer, he has traveled on the folk circuit of North America and Europe; Since 2008, he is a member of La Bottine Souriante, Quebec’s most influential traditional music band of the last 40 years.

Benoit presents workshops on traditional dance, song, game and music of Quebec and, since 2007, he has been a co-host for the Canadian Folk Music Awards. He works regularly as a music therapist with people with disabilities. Music acts on emotions, good spirits, psyche, creativity, soul and leads to happiness. Benoit has a unique talent to reach those goals.