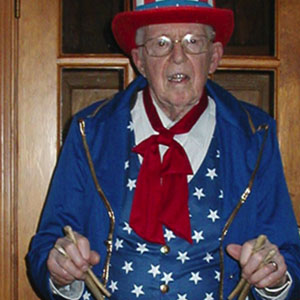 I was born and brought up in Brunswick. I attended school there.  My college degree was in Biology.  My teaching experience was mostly high school biology and science in several schools including two years in France.  My Uncle Patrick Theriault of Westbrook, Maine taught me how to play the bones  when I was a teenager and I taught myself how to  play the ukulele.  After I retired I took a few guitar lessons.  I also taught myself how to play the wooden spoons, musical saw, harmonica and saw tie.

For my performance I incorporated our son Chris‘ latest invention—Glowbybandz—in my attire, of which I wrapped a white one around each wrist, which went around three times, and wrapped three—one red, one white and one blue —just above the rim of a plastic straw hat that I wore. The Glowbybandz do not show up too well in the photo. I also incorporated a gray vest in my attire, which I purchased the day before.

Regarding that picture of me dressed in my Uncle Sam costume, I was hoping to compete in the 2020 Brunswick Rotary MidCoast Maine’s Got Talent Show playing my rhythm bones to a rendition of “Yankee Doodle Dandy.”  However, because of the Covid-19 pandemic the event was cancelled.

As for the right photograph below, I make a variety of things utilizing various marine organisms and driftwood which I refers to as Marine Motif Art. My latest creation is of creature which I refers to as Venus–mytilus (the scientific genera of the quahog and blue mussel) playing rhythm bones. I fashioned the bones from an old piece of wooden lobster trap lathe. 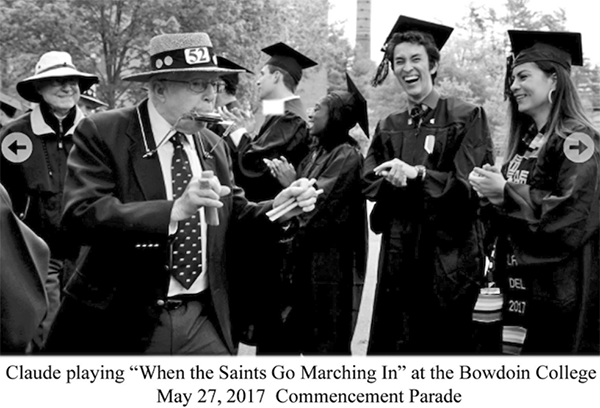 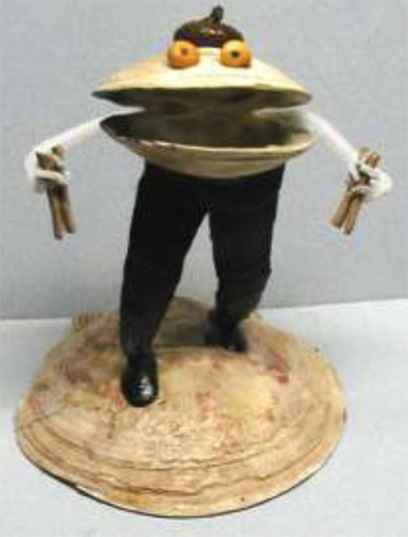