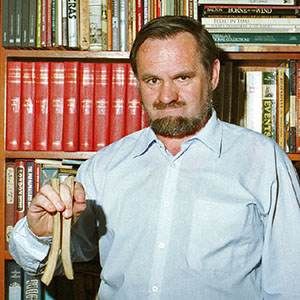 Bob Bolton is an Aussie and a bones player. I found him several years ago while searching the Internet and we have corresponded via email off and on over the years. He is not a member of RBS but is a friend having let us use the drawing of the hand holding a rhythm bones that appeared in the upper left hand corner of early newsletters.  Here he is in his own voice.  SteveWixson

I inherited a love for music/shared song via my parents’ Scouting activities.  I gradually realized how handy Bones are in a rhythmic music – particularly our colonial era dancing that was becoming a feature of the Bush Music Club, the group that started the performing revival of Australian Folk Music around 1954.  I play along with “Bush Bands”, Australian music from our British / European / Celtic heritage. Bones are most at home in the dancing but I use them for effect behind some singing and play them with Mouth Organ at times. I play one-handed, the way I was taught but I have seen some wonderful old players … up to 4 sets in two hands. I should work on the left hand as therapy for a broken wrist a number of years back that still brings recurring twinges!

I had a spell, over several years of experimenting with Australian (very…) hardwoods to see if my Father’s favourite (Brush Box) timber for wooden ‘bones’ was the best (… by & large … it was!) but I have made and appraised wooden ‘bones’ from some 80+ different (mostly) Australian and (occasionally) international timbers – including Lignum Vitae … requested by old vaudeville players! I still supply custom sets to players in local “Bush Bands” (Australian rural traditional) … and a few sets of my Dad’s (and my own) wooden bones are always in my playing kit (along with accordions / concertinas / whistles … and the one instrument I can play with bones: mouth organs!) [See online RBP newsletter, Vol 6, No 2 for a short article about these rhythm bones.]

The following is his reply to one of my emails. Paragraphs shown in quotes were taken from the email I sent him.”

I have some Tasmanian blackwood bones. …” That highlights another aspect of ‘bones sound’. I started off concentrating on the very heavy woods … initially lignum vitae,because I had an old vaudeville bones player on the bill at a Bush Music Festival in the late ‘80s. He played, in each hand, a set of old, very worn, ‘bones’ made of lignum vitae and did wonderful monologues about trains, &c, with counter rhythms from the two sets of bones. He complained that he needed to make some new sets, but could not get the lignum vitae … a tropical timber of very interesting characteristics … never common and now rare … and protected under legislation.

I said I could help and, through an acquaintance who worked for a dockyard, I located a supply of off-cuts from the use of lignum vitae as the packing in ‘stuffing boxes’, the glanding through which the propeller shaft passes. This uses lignum vitae because it is hard, tough, waterproof and self-lubricating. My contact played what he prosaically called his ‘woods’ … straight pieces of lignum vitae, approx. 200 mm x 35 mm x 10 mm (with a shallow chamfer … about 5 mm deep x 30 mm long … at the tips, where they struck each other)

I passed on a supply of suitable blanks to the old vaudevillian and used some of the remainder to make ‘bones’ to designs that had been playing around the further reaches of my mind. These have a shallow and asymmetrical ‘S’ shape … a large, fat ‘belly’ where they struck each other and a fairly sharp recurve immediately above (and defining) the finger grip. They worked quite well and made a satisfyingly deep ‘clonk’ … and worked well at slower rhythms, minimizing the tendency for players of lighter ‘bones’ to drive the tempo up.