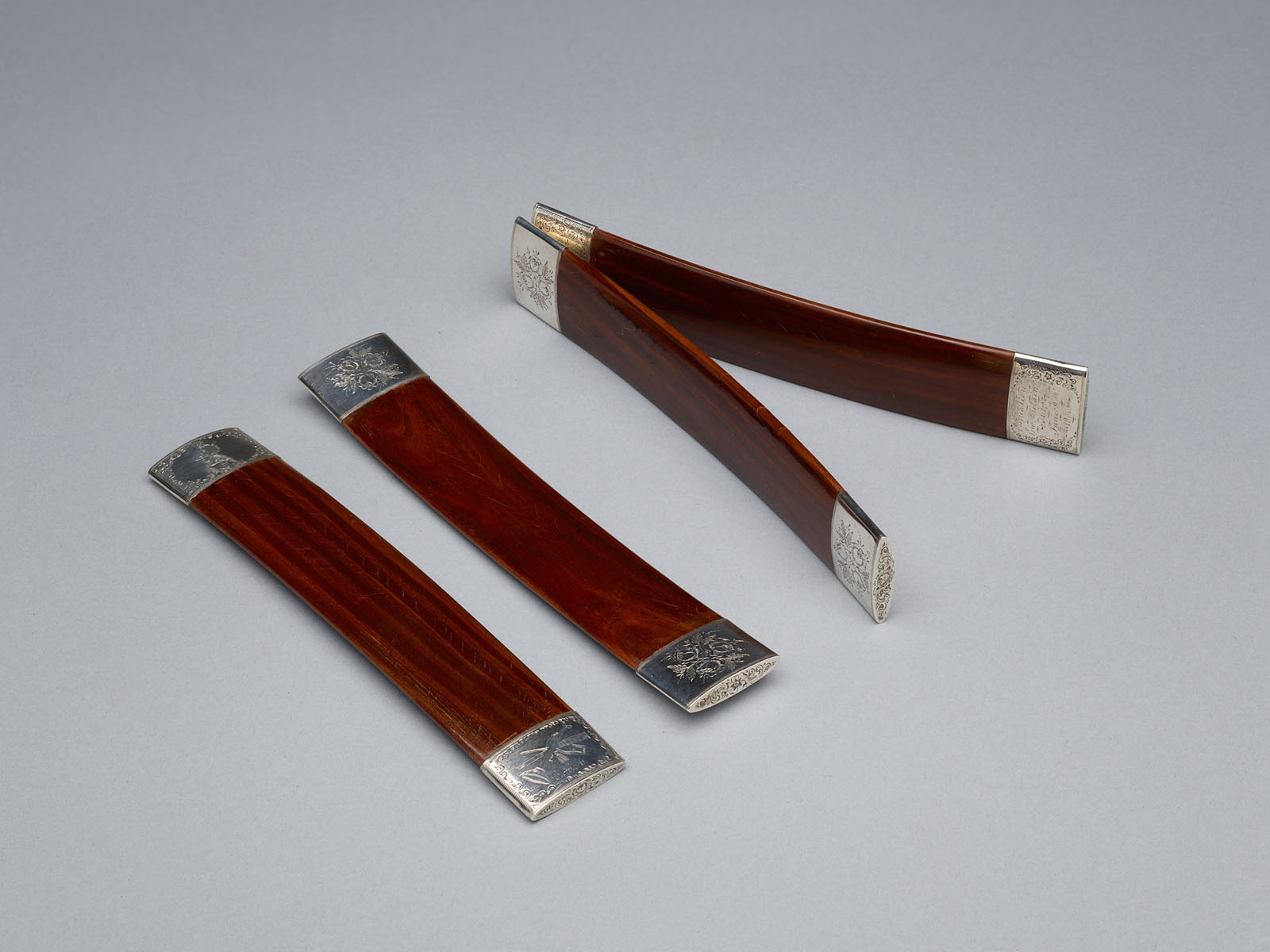 Among the instruments currently in storage at the Yale University Collection of Musical Instruments is a set of presentation minstrel rhythm bones dating from the mid 19th century. This set, which comprises two pairs, is made from a dense, reddish-brown tropical hardwood (possibly rosewood). Each rhythm bone is tipped with silver mounts that are engraved variously with floral patterns, black-face minstrels, and fire-man’s regalia.

One guesses that this elegant set of rhythm bones was presented to C. H. Atkinson by his fellow firemen—perhaps as a prize for being the winner of a rhythm bones competition, or as an award for being an exemplary player, or as a gift on the occasion of his moving away from New Britain to new and different climes.

Whether Atkinson used them subsequently in performance is unknown. But, given their exceptionally fine condition (virtually no pitting or scarring), it is probable that they were valued more as a keepsake than as a musical instrument. Charles H. Atkinson was born about 1837 in Maine. In 1860, he was employed as a machinist in New Britain, CT, where he lived with his wife Mary A. (age 22), son Charles F. (age 3), and infant daughter, Sally. 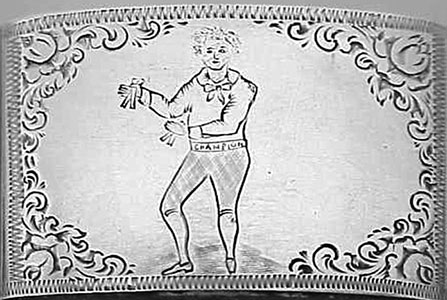 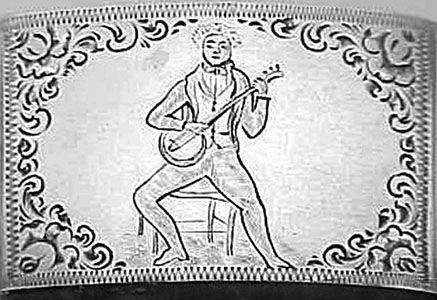