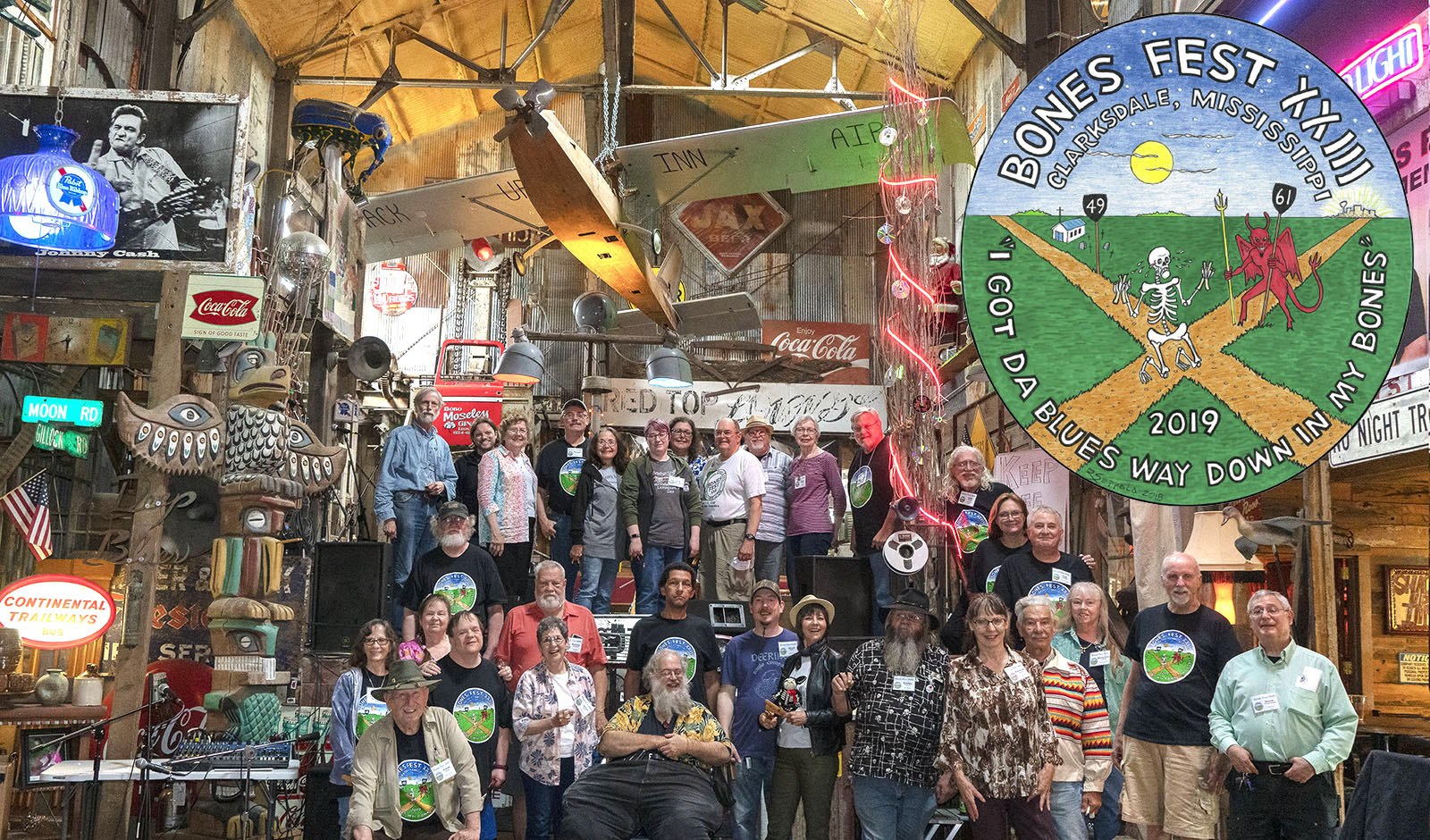 Bones Fest XXIII was held in the heart of blues country, Clarksdale, MS. The surprising and unique name for this setting was the Shack Up Inn. This unusual setting was an old plantation that had: rusty warehouses and bins turned into guest rooms; old tractors, trucks, and other farm machinery decorating the entrance; and, small houses restored for more guests. In the Shack Up Inn was the Chapel (shown above) with a large collection of Blues memorabilia. Other venues included the Hambone Gallery and Morgan Freeman’s Ground Zero Blues Club.

Randy Seppala planned and hosted this bones fest, and what an incredible job he did. The setting, the musicians, the workshops, and the food were all simply perfect. The musicians entertained us with the best blues music and were the back up for the bones players. The informative workshops were led by: Bill Vits, Randy Seppala, Steve Brown, Skeffington Flynn, and Vgo. Randy made sure no one went hungry. His friend, Sasha, catered the most spectacular food each day of the fest. On Sunday she prepared ‘breakfast boxes’ for travelers.

It was a delight to have people from the community to show up to enjoy the music, be introduced to an unusual instrument, and have the opportunity for everyone, bones players and non-players, to celebrate together. By the end of the weekend, there were several new bones players, which is always a welcome goal at every bones fest.