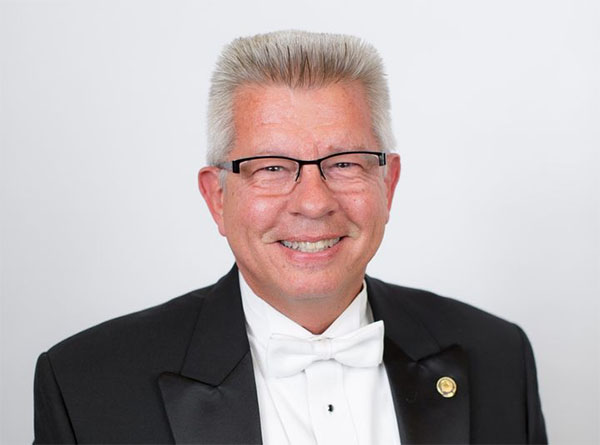 I learned of Bill’s passing from Tom Connolly who read about it on his wife Stacey”s Facebook page (https://www.facebook.com/search/top?q=stacey%20vits). Below are posts from members of the rhythm bones community, and others will be added as people react to the news (email via our Contact Us page). Steve Wixson.

From Tom Connolly: So sorry to hear of Bill’s passing – but what a joy to have shared this Earth with him.

From Steve Wixson: The case could be made that Bill Vits was the best rhythm bones player of all time. He played in the traditional style of historic rhythm bones players, but being a percussionist he added elements from his drum playing that set him apart (check out https://rhythmbones.org/video/Demo-VitsBonesBackstage.mp4. And then check out his Player-Profile page at https://rhythmbones.com/player-profiles/vits-bill. I spoke with Bill recently, and he cried as he talked about his love for his rhythm bones family.

From Skeffington Flynn: Bill Vits was a great encourager. I have tears in my eyes as I write this. I first met Bill at the Bones Fest in San Antonio in 2011. We didn’t have a quorum for a board meeting, and I offered myself as a candidate. Bill saw something in me, and seconded me joining the board. He loved my approach to the bones and always had positive things to say. After I took 3rd in the 2021 All Ireland Bones Competition he texted me this – “So Clean!” Bill was a great friend and again, a great encourager. His dedication to getting young people involved with percussion was unmatched! I was lucky enough to visit with Bill a few months ago. He mentioned that the grip of his drumsticks had gotten more difficult. Then he pulled out the bones, played something incredible, and said, “well if I can still do that I guess I’m alright”. This is a tough loss, and I pray (as someone who doesn’t always) for his family. We will miss him. Such a talent, a real virtuoso! Rest well brother.

From Steve Brown: I first met Bill at Steve Wixson‘s first Bones Fest in 2000. His opening performance was sweet Georgia Brown a tribute to Brother Bones (Freeman Davis), and I remember being blown away by his technical ability. Bill and I became close over the years, sharing a room together in San Antonio, hanging out during his Bones Fest In Grand Rapids, and in 2019, Bill came out to help me with my brothers drum collection and spent several days with us. Although his musical ability was absolutely stellar, his sense of humor was terrific, but I will always remember about him is his connection to Jeremy. Bill was always sending him things like Superman cards, always paid attention to him and spend time with him when he could. I called him several times over the last few weeks and we cried together, cried because of his horrible illness, and cried together because Jeremy was also suffering. I’ll never forget him and I’ll miss him forever.

From Sandor Slomovits: One of my fondest memories of playing rhythm bones is from when my brother Laz and I, as the duo Gemini, played a family concert with the Grand Rapids Symphony in 2005. I’d known Bill very slightly before then; our paths had crossed a few times. My brother and I always included a rhythm bones tune in our shows with orchestras, but with Bill’s GR Symphony, in addition to that one tune I asked Bill if he’d be willing to join us for a rhythm bones jam with my brother playing pennywhistle. He, of course, agreed and we joyously jammed for a few minutes. The audience ate it up; it was the highlight of the concert and has been a treasured memory for me ever since.  I am very sad for Bill’s family, sad for all of us who knew him, and sad for everyone who never got a chance to see and hear him play.

From Sharon Mescher: When Bill Vits walked into a Bones Fest gathering, the atmosphere instantly changed. His ever-present smile, his welcoming witty/humorous greetings to all attendees was infectious. And, with anxious anticipation we knew we would be treated to the most talented, “how-did-he-do-that?” rhythm bones player. I was so intrigued by his multi-layered styles that I wanted to learn his style. But…I quickly realized I just needed to sit back and enjoy his performances and his presence. Thank you, Bill, for gifting all of us- the rhythm bones family-with your life and your talent. I will miss you, and will invoke your name in prayer. I am certain that you will be accompanying the angels in the heavenly chorus!

From Jim Quiram: His work will continue in the lives of his many students and his harmonica friends. My wife Sandy remembers his kindness in instructing her to play the tambourine. He was a treasure.

From Scott Miller: What a tragic loss. Bill was an inspiration to the world community of bones players, and a driving force behind the Rhythm Bones Society. Bones Fest participants could always look forward to attending the master class workshops Bill would offer on various playing techniques. And Bill made a special effort to encourage beginning players. I remember one Bones Fest where Bill offered a workshop especially for new and beginning players – that culminated in the workshop participants demonstrating their newfound skill in a delightful onstage performance. The performance motivated everyone in the house, and was a big hit at Bones Fest that year! Over the years many customers and potential bones players have called me on the phone with questions about the bones. I often dropped the name “Bill Vits, principal percussionist of the Grand Rapids Symphony” to lend credibility to the art of rattlin’ the bones. R.I.P. Bill Vits, a one-of-a-kind member of the rhythm bones family who inspired everyone, and will forever be missed.